Programming Tutorials – seegatesite.com will share the article on how to build a QR code generator site with php qr code library. Perhaps you’ve visited several sites like qr-code-generator.com, goqr.me, www.qrstuff.com, etc , and you think, how do we build it. We can create qr code generator site with the help of php qr code libraries or using Google’s API chart. Both library or API can be used free of charge and easy to use. The difference is if you build qr code with php qr code library, the entire control stand beside you, in contrast with google chart API, you need to use a third party site. In this article I will be more focus on the use of QR CODE PHP Library.

Before going any further how to create a QR Code generator site, it helps to understand the sense of qr code. QR Code (Quick Response Code) is the development of a Barcode created by Japanese corporation Denso-Wave in 1994. Unlike a barcode that only one side of it containing the data, QR Code has two sides that contain data, and this makes the QR Code more contain information than barcodes. As for example, as follows:

1. Download library php qr code here.
2. Your server must support PHP with gd image library (php5-gd). For installation has been much discussed.
3. Create a folder as “qrcode”, then copy the folder phpqrcode (phpqrcode library in zip form) that has been extracted into the folder “qrcode”.
4. There are 2 ways to create qr code image, the first qr code image created temporary and qr code image made permanent. We just need QRcode::png function to create the barcode images

By default QRcode::png function have a standard parameters as follows

With the following explanation

For more details you can directly read from the official site

For example, create a php file as temporary.php and copy the following code:

the example above create qr code image as follows :

From the example above, you would create qr code image permanently with the name 023.png in the folder qrcode > phpqrcode > temp

In the demo above, I use jquery and bootstrap framework so that the interface look more attractive and mobile responsive.

a. Create an index.php and copy the following script.

b. Create new php file as data.php and copy the following script.

Voila, you’ve managed to create qr code generator site by your self. To download the full script please on the following link

Before finishing this article, I’ll discuss a little bit how to use google chart API to create qr code image

Google provides APIs that can be used to create qr code with the following syntax.

cht=qr : Specifies a QR code.
chs=<width>x<height> : Image size.
chl=<data> : Required The data to encode. Data can be digits (0-9), alphanumeric characters, binary bytes of data, or Kanji. You cannot mix data types within a QR code. The data must be UTF-8 URL-encoded. Note that URLs have a 2K maximum length, so if you want to encode more than 2K bytes (minus the other URL characters), you will have to send your data using POST. 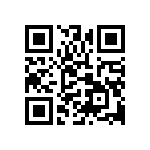 This site is a personal Blog of Sigit Prasetya Nugroho, a Desktop developer and freelance web developer working in PHP, MySQL, WordPress.

This site uses Akismet to reduce spam. Learn how your comment data is processed.

Welcome to my Home,

This site is a personal Blog of Sigit Prasetya Nugroho, a Desktop developer and freelance web developer working in PHP, MySQL, WordPress.